If recent reports of Microsoft set to acquire TikTok is true, the company might plan to expand the deal to cover the whole world. 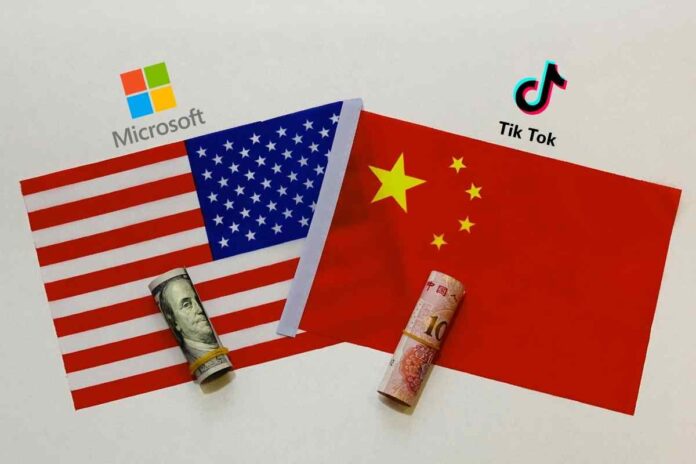 The news of Microsoft set to acquire TikTok has taken the digital world by storm. In a statement released last week, Microsoft confirmed that it has its eyes on TikTok, the popular social app.

With the acquisition of TikTok, Microsoft would become one of the top brass in the field of consumer technology. For this reason, it has already held talks with TikTok’s Chinese parent company, ByteDance.

The U.S. software giant would be buying the popular social app in the U.S., New Zealand, Canada, and Australia. Microsoft might also rope in other American investors to participate in the acquisition.

However, soon after media outlets reported Microsoft’s interest in buying TikTok, U.S. President Donald Trump opposed the idea of a business proposition, mentioning that he would ban TikTok in the U.S.

Microsoft’s CEO, Satya Nadella, then personally spoke with Trump, promising transparency to the app users once the deal was closed. Plus, the governments in the countries where the app was to be acquired would be able to oversee this app’s security. Microsoft also added that it wouldn’t allow data of TikTok users in the United States to be stored anywhere else. All that data would be stored in the U.S. itself, while it would move and delete the data stored elsewhere.

As a result, Trump agreed to Microsoft holding talks with ByteDance on one condition that ByteDance would have to close the deal with Microsoft within 45 days. Consequently, the U.S. company announced its intention to conclude negotiations with the Chinese company by September 15, deal or no deal. Post that, he will announce a nationwide ban on the app.

According to insiders, Microsoft is also thinking of including TikTok’s operations in India and Europe in the deal. This is because the trendy app has massive consumer bases in both Europe and India. Talks of expanding the scope to include the viral app’s global operations might also be underway.

As ByteDance struggles to retain its position, it is also looking forward to the investment from other potential investors. Recent reports suggest that Reliance Industries Limited may acquire its operations in India valued at $5 billion to save the app’s business in India, which is the biggest market outside of China.

The decision of Microsoft set to acquire TikTok is a strategic move. This deal would let Microsoft enter the social media space with a readymade app which is already viral.

Debamrita Ghosh
From being a three-year-old avid reader to becoming a freelance writer, Debamrita has had a long tryst with books. In her free time, you’ll find her headbanging to hard rock music or designing graphics.
Subscribe

PUMA, FedEx, and SPN India are best workplaces for women in India

Nine Indian projects are awarded in the Architecture MasterPrize Awards 2020 for their creativity and innovation in the field of architecture and interior design.
Read more